The rare Dittany of Crete is a relative of Oregano which grows wild only on the mountainous terrain of the the Grecian Island of Crete, where its use dates back to Ancient Minoan times. It grows some of the furriest leaves I have ever seen, which are incredibly soft and supple when young, followed by delicate pink-white flowers from beneath papery shells.

If Ever Stuck by Arrows

In lore, Dittany of Crete is a plant given by Zeus to his birthplace, the island of Crete. Here it is sacred also to Diktynna, another name for the Greek virginal goddess of hunting, Britomartis.  Similarly it is seen connected to the more commonly known Artemis, another virginal goddess of the hunt, with whom Britomartis is closely connected and who is often crowned with the plant. Aristotle, Galen, Plutarch, Cicero, and Pliney the Elder all speak of goats using Dittany to heal wounds from poison arrows, a tool of Artemis’ hunt.

Another tale of using Dittany for the wounds of arrows can be found in Virgil’s Aeneid, where the goddess Venus is mentioned:

But now the goddess mother, moved with grief,
And pierced with pity, hastens her relief.
A branch of healing Dittany she brought,
Which in the Cretan fields with care she sought:
Rough is the stem, which woolly leafs surround;
The leafs with flowers, the flowers with purple crowned,

Well known to wounded goats; a sure relief
To draw the pointed steel, and ease the grief.
This Venus brings, in clouds involved, and brews
The extracted liquor with ambrosian dews,
And odorous panacea. Unseen she stands,
Tempering the mixture with her heavenly hands.

A Plant of Venus

Dittany is not just a plant reputed to have been used by the love goddess, Venus, for the healing of wounds.  When it comes to its personality and planetary attributes, it tends to be greatly Venusian in nature as well.  Its pink flowers and soft, velvety leaves are two signs of this.  It has been used in childbirth and gynocology in history, as an aphrodisiac, and for the skin.  Lucina, goddess of childbirth, has also said to be crowned with Dittany. One way for a man in Crete to show his love has long been to obtain plant from the dangerous cliffs it grows in, making the plant symbolic that you would risk your life for the recipient. Dittany is surrounded with Venusian energy and lore.

With its Venusian nature and associations, Dittany is a good plant for love spells. Compared to the flowers of a lot of other Venusian plants, Dittany really does not try to impress all that much with extravagant gestures. Instead it is a deeply devoted type of love, flourishing in rocky mountains. Its tiny flowers and small, soft, furry leaves make it look delicate, but do not be fooled into missing its strengths and ability to protect itself. From growing it, I notice the thick layer of hair on its leaves have made it amongst the least prone to insects of my any of my plants, and I imagine if it were growing in rocky mountains, that fur would also provide a barrier against other offenses and terrain as well. Take into consideration such indicators to a plant’s personality when calling its spirit into a magical working. Perhaps this plant spirit may help protect or heal the heart as easily as it may help with obtaining love.

According to the Orphic Songs of the Argonauts, Dittany was found in the city of Cochlis as well, in Hekate’s garden. Here, in “a grove in the innermost room of the enclosure”, it grew alongside other witching plants such as Black Nightshade, Yew, Black Poppy, and the legendary Mandragora. More about Hekate, her garden, and the plants inside of it can be found in my post: Hekate and Her Plants

Hekate is associated with witchcraft and the dead, and Dittany has uses for this too.

The plant, live and dried has a potent oregano-like smell to it, which makes sense considering its Genus is Origanum, or Oregano. The scent is derived from Carvacrol, Thymol, and Cymene, chemical compounds responsible for the scents in Oreganos and Thymes.

In incense or oils it is probably most often seen in blends to aid trance, dreams, divination, flight, etc, all important skills for a witch. In blends for these purposes, you might choose to combine it with ingredients such as Mastic, Myrrh, Benzoin, Mugwort, Clary Sage, or Sandalwood (to list only a few of the safer non-toxic possibilities, possibilities are endless).

It is reputed to be good for spirit work as well, helping to call forth and aid the manifestation of spirits. With this in mind, and its connection with love and the history of people risking their lives for it to show their devotion, it has a solid place in necromantic incenses either used for actively working with spirits or simply those serving as an offering to spirit. You might combine it with plants like Wormwood, Tobacco, or Opoponax for something like this.

And yes, you could easily put it in a love blend as well thanks to its Venusian nature. Its Oregano-like smell can invoke thoughts of pizza, but that might just turn some people on more, myself included! In all honesty though, if it’s in a blend it’s going to either be hidden or even enhance the other scents you decide to include. The final products will not actually smell like pizza lol.

In Healing and Food

There’s not been a lot of studies on the healing properties of this herb, due to its rarity and status as a protected plant. Its primary shared compounds within its family means there are other herbs which are easier found which people can use to achieve those same effects, for the most part. That said, it’s been viewed as a general panacaea for all sorts of problems. Its lore surrounding poison arrows gives clues as to its antiseptic qualities and use for wound healing. 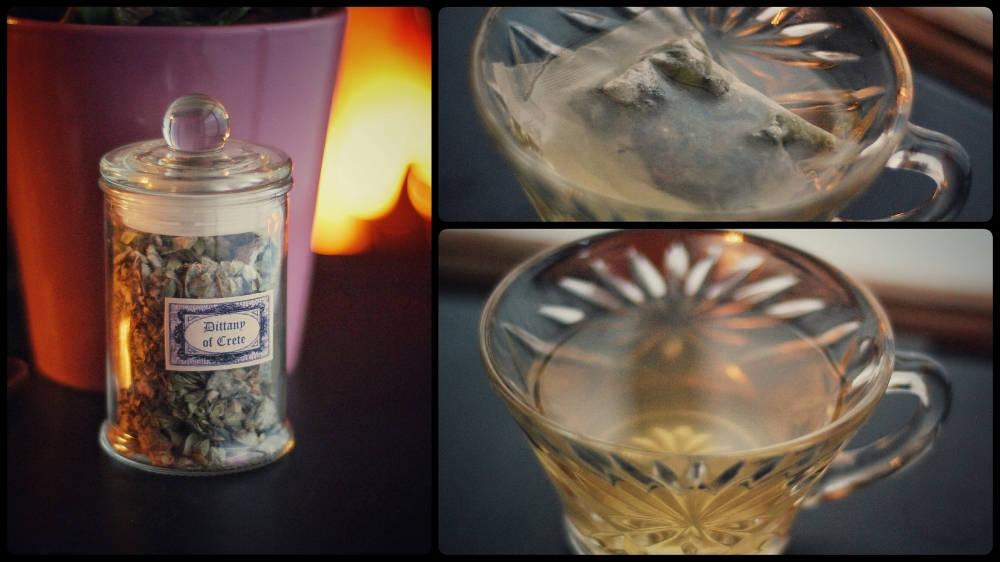 Its somewhat bitter infusion is claimed to be good for the skin, digestive system, colds, or as a general tonic for health and youth. Due to its undesireably hairy leaves, a well strained infusion is also usually the way its flavor is added to foods on the rare instance that it is actually used for culinary purposes, where its taste is somewhat a cross between Oregano and Thyme.

I’ve only grown this from live plants, never from seed. For the most part it likes the sun, but too much heat or lack of humitidy will really dry out its leaves. They like it moist, but do horribly if the soil becomes too wet or in periods of heavy rain. They require good drainage. Its hairy leaves collect dirt as well, which can make the leaves die or look unsightly, so care should be taken when watering them. 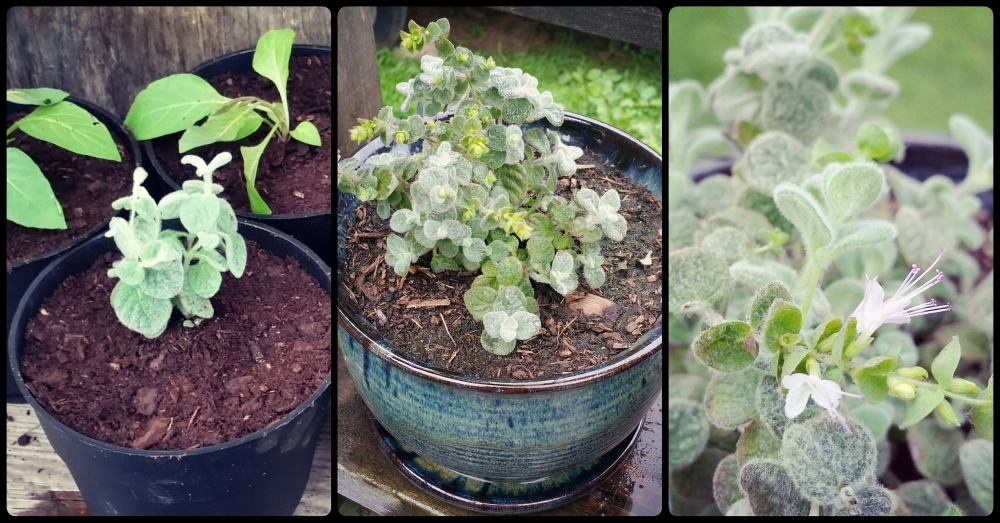 Note: Never consume any plant without first doing thorough research and consulting a doctor. Never attempt to diagnose or treat an illness without a doctor.